The Processions of Kandy Perahera

The Kandy Perahera is one of the most beautiful religious festivals in the whole of Asia. The Kandy Perahera holds in end of July and beginning of August for around 10 days. If you visit Kandy in the time where the Kandy Perahera hit the streets you will have the chance of witnessing amazing traditional dancers, whip crackers, torch bearers, fireball dancers, Nilames and over hundreds of lavishly decorated elephants parading in the festival. The most built and most good looking tusker in the era gets to hold the golden casket containing the tooth relic of Lord Buddha. It’s a completely worthy sight to see.

The Kandy Perahera pageant contains a total of 11 processions, including 5 Kumbal Perahera, 5 Randoli Perahera, and the final Diya Keepima and Day Perahera.

The processions of Kandy Peraahera contains a total of 11, including 5 Kumbal Perahera, 5 Randoli Perahera, and the final Diya Keepima and Day Perahera. 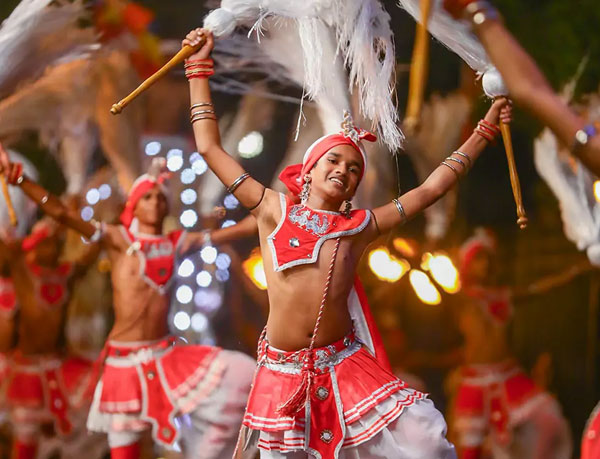 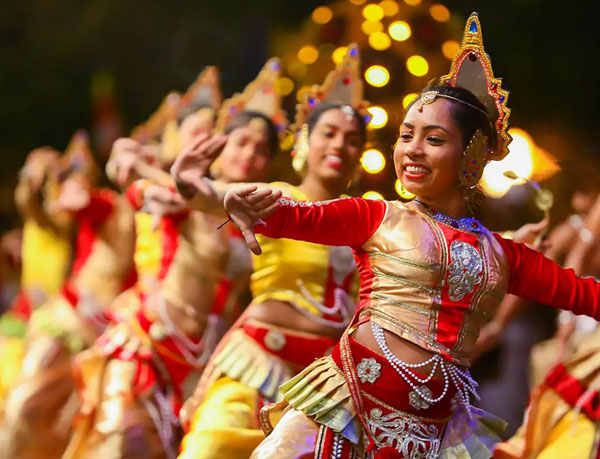 The second procession of the Kandy Perahera will be Devala Perahera (Parade to pay respect to the four gods and their shrines) to the four guardian gods which are God Natha, God Vishnu, God Kataragama and Goddess Pattini.The preceding arrangement is followed by the remaining four "devale" peraheras. The second procession comes from the Natha Devale, which is claimed to be the oldest structure in Kandy and dates back to the 14th century. It is located in front of the Sri Dalada Maligawa. The third is from the Maha Devale, also known as the Vishnu Devale.It is located in front of the Natha Devale's main entrance.

The fourth procession comes from the Kottugodalle Vidiya's Katharagama Devale, which is devoted to the God of Katharagama, also known as the warrior god Skanda. In the Kavadi, or peacock dance, pilgrim-dances hold semicircular wooden devices with peacock feather embellishments on their shoulders.

The Pattini Devale, which is to the west of the Natha Devale and is home to a goddess known for curing infectious ailments and being invoked during times of famine and drought, is the location of the fifth and final procession. The only procession with female dancers is this one. The entire Perahera show lasts longer than three hours. It is a remarkable cultural extravaganza that incorporates elements of Mahayana and Theravada as well as Buddhist and Hindu ritual traditions. 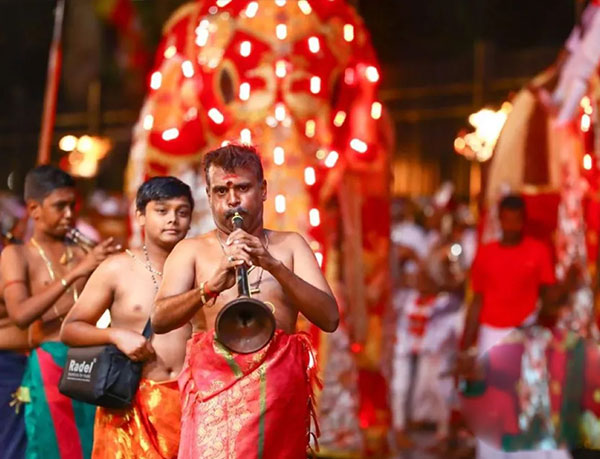 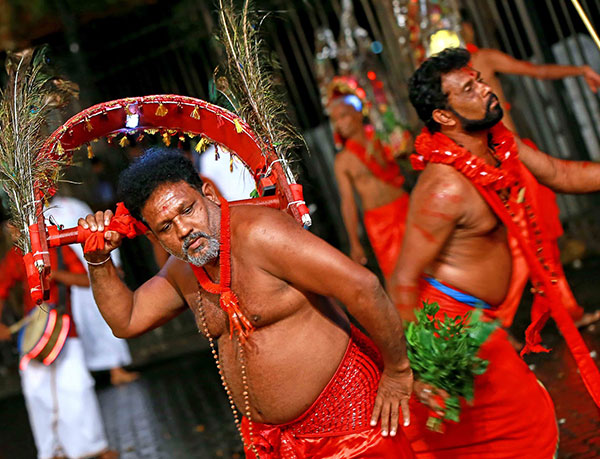 The third procession of Kandy Perahera will be the Randoli Perahera starts right after the Kumbal Perahera and Randoli Perahera continues for five consecutive nights. The term Randoli comes when the time of Kandyan Kings they had a tradition of bringing queens from Madura to keep friendship with south India and to avoid invasions. So these queens that brought from Madura was named as Randoli and the kings had a chance of getting another queen from local prestigious families and they were named as Rididoli .The name dola or doli refers to the palanquins on which queens of the ruling kings traditionally traveled. The dola was carried by four strong men by its four ends. After some times queens stopped participating the Perahera because it was considered improper. But to this day to honor the tradition there is palanquin carried in Randoli Perahera. 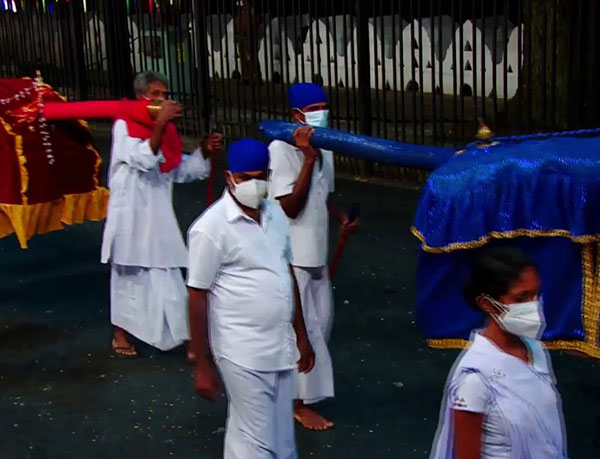 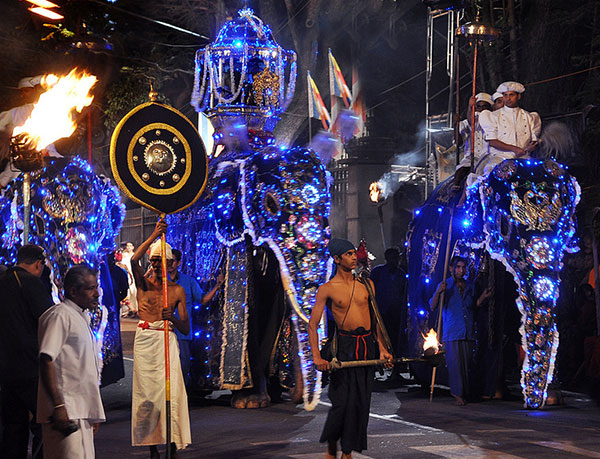 The fourth procession of Kandy Perahera is the Modern Perahera dates back to the reign of the Kandyan King Kirthi Sri Rajasinghe (1747 – 1781 AD). During these times, the Tooth Relic was considered private property of the King and the public never got a chance to worship it.However, King Rajasinghe decreed that the Relic be taken in procession for the masses to see and venerate. 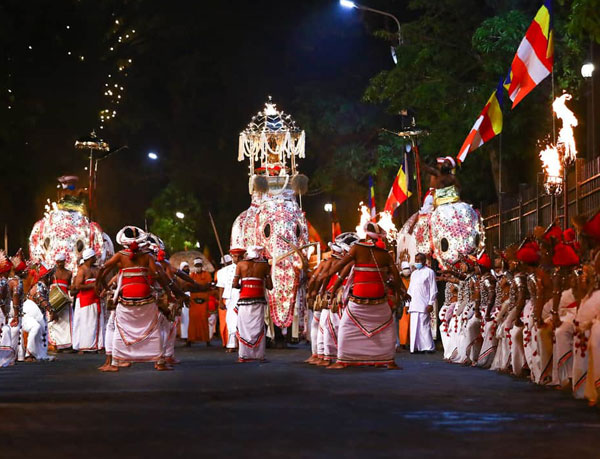 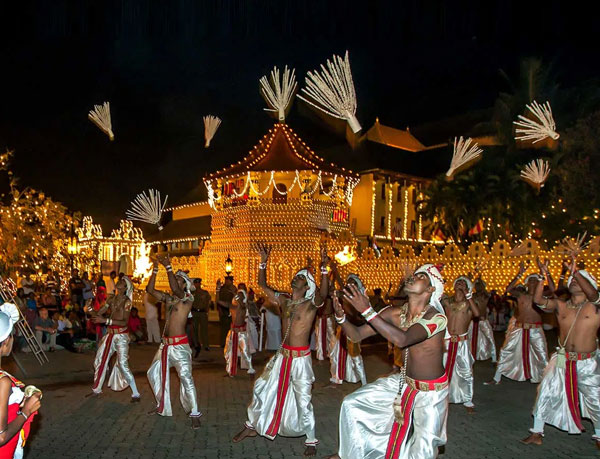 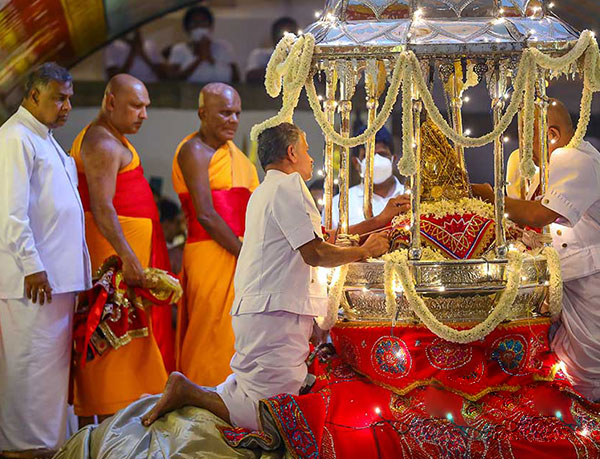 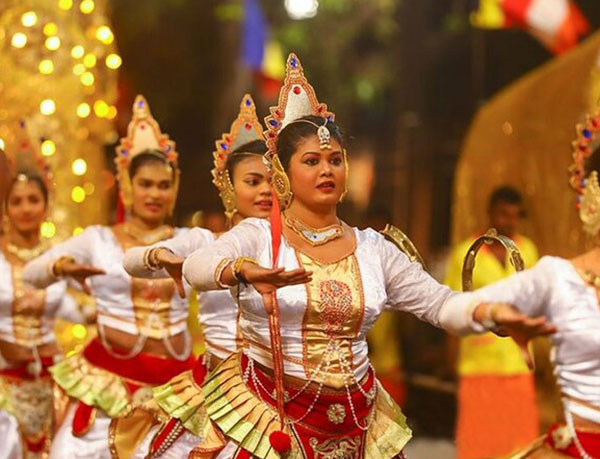 The final procession of Kandy Perahera is the DiyaKeepime Perahera and the Day Perahera takes place next day right after the Randoli Perahra. Four Perahera’s from four Devales (Shrines of Gods) heads towards the stepping stone of Getambe Mahaveli River near Peradeniya. The chief Priest or the Kapurala in Sinhala will wade into the middle of the river and mark a circle in the water with a golden sword, then other Kapuralas will empty the water in the golden ewer or the ran kendiya where they filled up in the same spot last year and fill the golden ewer with the fresh water. This ritual is known as the Diya Keepeime perahera.

The four Peraheras then begin their marching retreat into Kandy. They stop at Katukelle's "Pulleyar Kovil" (Selvavinayagar Kovil) en route. Then, at a time determined by astrology to be favorable, they move on to the Adahana Maluwa and join the Maligawa Perahera. Three times, the five Peraheras parade down King Street and D. S. Senanayake Street. The annual Kandy Esala Pageant comes to a close when the Maligawa Perahera enters the Maligawa and the devale Peraheras arrive at their respective temples. 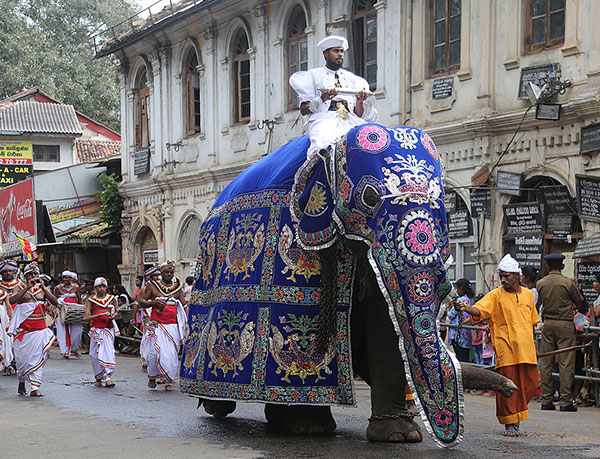 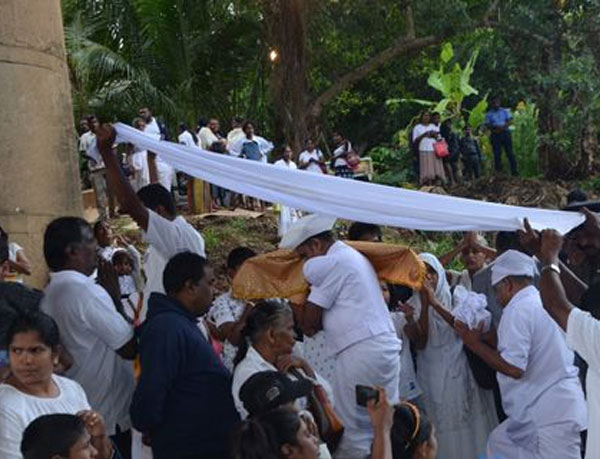