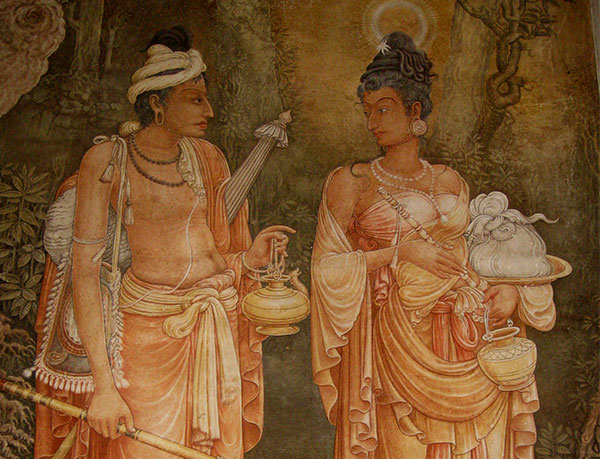 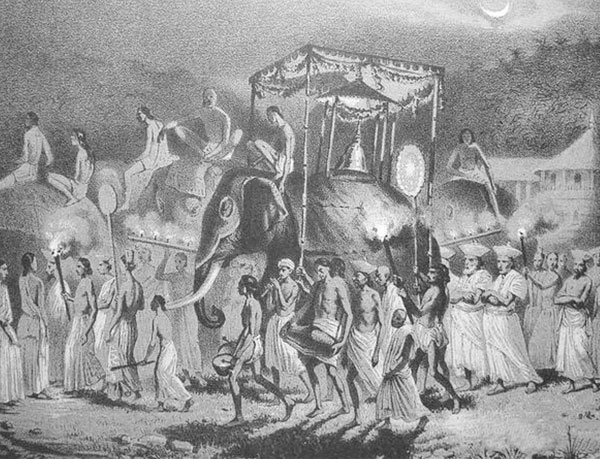 When we search for history of Kandy Perahera we can find out The Kandy Perahera is celebrated mainly in honoring the sacred tooth relic of the Gauthama Buddha and the four guardian gods of Sri Lanka. They are the God Natha, God Vishnu, God Kataragama and Goddess Pattini. There are four Devalas or the temples dedicated to these gods right in front of the land where tooth relic is situated. Apart from this when we search for history of kandy perahera other reason is of Kandy Perahera is to beseech blessings of the gods to obtain rain for the cultivation and enrich the country with prosperity. This ritual is performed by carrying the sacred tooth relic of the Buddha through the streets of the Kandy city which is done with exceptional panache. This is considered as one of the most beautiful pageants in the Asia. 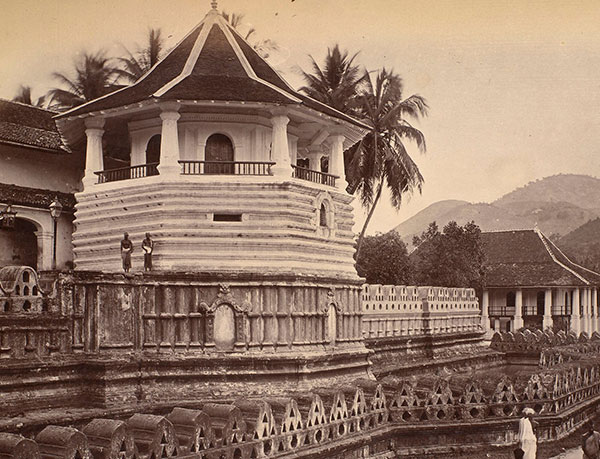 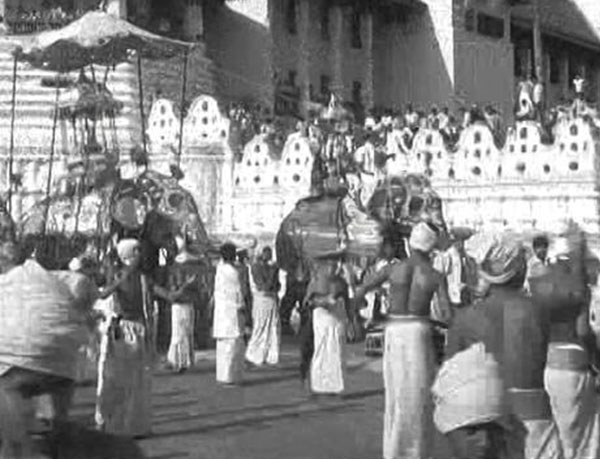 When we search back of the history of Kandy Perehera it dates back to 305-331 AD, It was the time when reign of King Kithsiri Meghawanna was in Sri Lanka. There was a war in Kalinga in India where King Guhasiva was in procession of the Sacred Tooth Relic of Gauthama Buddha. Because of the waging war there was a threat to sacred tooth relic so King Guhasiva decides to send it to Sri Lanka. The Tooth Relic was send to Sri Lanka with son in law and daughter of King Guhasiva, Princess Hemamala and Prince Dantha. Legends has it that they were dressed as clergymen and women and Princess Hemamala hid the sacred tooth relic in her hair because of the waging war. This was done if anyone would found out that they are bearing the tooth relic the enemies would destroy it. 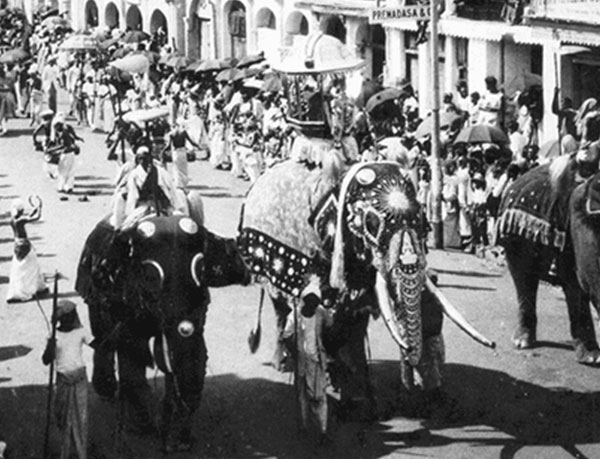 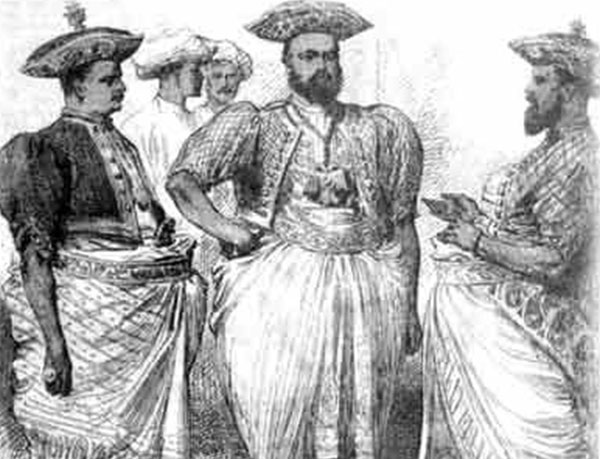 After the tooth relic was safely in hands of King Kithsiri Meghawanna who was ruling in Anuradhapura thus began the tradition of taking the Sacred Tooth Relic around the main city of Anuradhapura in order to get blessing of gods. A legend soon began to circulate regarding the relic, stating that whoever possessed it had a divine right to rule the land. Thus, it is not at all surprising that the great rulers of the past made it part of their royal duty to protect and venerate the sacred tooth. The relic followed the kings of the island as they moved the capital city of the kingdom to various locations.Resepcetfully the Kingdoms moved from Anuradhapura to Polonnaruwa from there to Damabdeniya, Yapahuwa, Kurunegala, Gampola, Rigama and Kotte. It helped the kings to legitimize their position as leaders who had divine authority to rule over the people of the country. Afterwards this tradition was followed by the succession of Kings, though it was interrupted by foreign invasions that has been time to time. 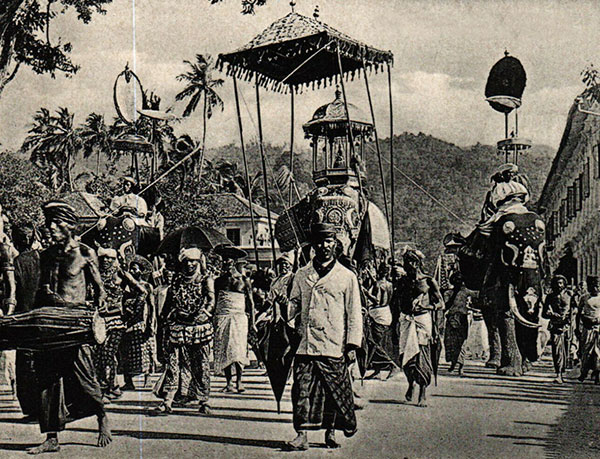 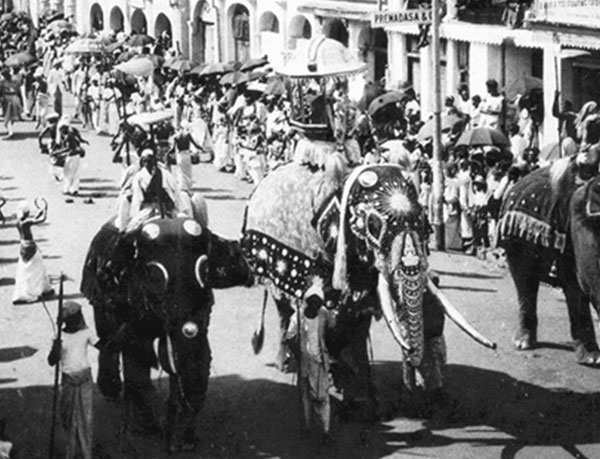 According to the history of Kandy Perahera King Vimaladharmasuriya II, who had a relatively peaceful reign during the colonial period, is credited with preparing a golden casket to hold the tooth relic, constructing a three storied building to house it, as well as hosting grand festivals and rituals to honor the sacred tooth.

The history of Kandy Perahera has it that The Kandiyan kingdom was taken under the British Empire after it fell in 1815 then the Buddhist monks hid the tooth relic in a safe location, anticipating hostilities by the colonizers. However, the British Governor at the time, Robert Browning, was keen to safeguard the religious beliefs of the locals, and realized the importance of the tooth relic to the followers of Buddhism. The foreign rulers took interest in the sacred tooth and elaborate preparations were made to welcome the relic back to the Dalada shrine in Kandy. The crafty Brits may have also heard about the legend surrounding the sacred tooth, that it was a palladium of kingship, and may have wanted to return it to its rightful place to legitimize their position as rulers of Sri Lanka. 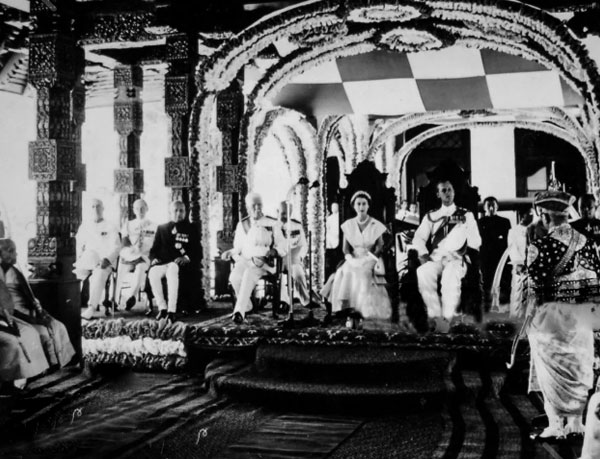 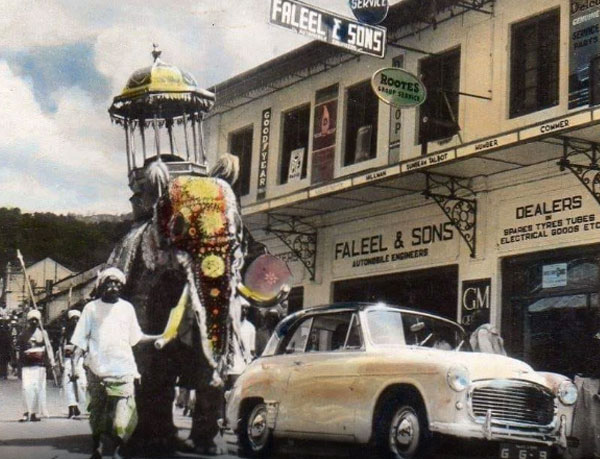 Because there was no Sinhala King to carry on the customs offered to Tooth Relic history of Kandy Perahera has it they appointed a lay custodian called the Diyawadana Nilame to handle the administrative matters. Ever since the Kandy Esala Perahera has been held annually to rejoice and honor the Sacred Tooth Relic.